What can you do if your firm has been targeted in an email scam?

Updates for the ACT legal profession on recent court notices and cases. 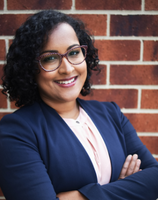 Farzana Choudhury is the current president of the ACT Law Society. Her election was declared at the Society’s AGM on Thursday 27 September 2022.

Farzana is the Disability Law Supervising Solicitor at Canberra Community Law (CCL), where she provides free disability discrimination law and related legal assistance and community education to support people on low incomes and facing other barriers. She was previously the Program Manager and Senior Solicitor with CCL’s Street Law program, where she assisted people facing homelessness in civil and minor criminal matters. Prior to joining the community legal sector, Farzana was an in-house lawyer with the Australian Government.

As a lawyer specialising in disability discrimination and poverty law, Farzana is passionate about human rights lawyering at the local level, using her legal expertise and innovation to improve legal and social outcomes for people facing barriers to justice.

In 2018, Farzana established a health justice partnership to support young people facing homelessness, and in 2019 set up a targeted legal education and advice clinic series for women in prison. In 2022 she established CCL’s Mental Health Justice Clinic, which provides free legal assistance to people with lived experience of mental ill-health. She also coordinated the ACT arm of the Australian Research Council's national study into the criminalisation of poverty and homelessness, and is currently a project partner on a research project on human rights complaints across Australia.

In 2019 Farzana was named ACT Young Lawyer of the Year and in 2020 she was awarded the Australian National University Young Alumna of the Year, in recognition of her professional and community engagement to support people facing disadvantage. Farzana is a member of the ACT Law Society’s Access to Justice & Inclusion Committee and the Society’s nominee director of the Law Council of Australia. She holds a Bachelor of Laws/Bachelor of Arts from the University of New South Wales, and a Master of Laws from the Australian National University.