Legal positions available in the ACT.

The Law Society administers four major awards, recipients of which are announced at our Annual Dinner & Awards Night in August each year. They are:

Our Young Lawyers Committee administers the annual ACT Golden Gavel Speaking Competition, which is held during Law Week each year.

We also recognise the contribution of our long-serving members with 40 Year service pins, which are distributed at our Annual Dinner & Awards Night in August each year.

The Society also contributes Prizes for Academic Excellence at the ANU and UC Law Schools.

In addition, the Law Society runs several sporting competitions throughout the year.

The ACT Young Lawyer of the Year 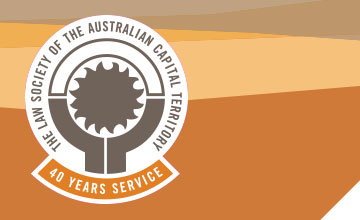